ABOUT RIVIERA ON VAAL

Affectionately dubbed the Grand Dame of the Vaal, Riviera on Vaal epitomises legacy and endurance. In the early 1930s, the site where the hotel now exists was once a kiosk to service leisurely visitors making use of the river for a swim, boat ride or picnic by the banks. American film maker, entrepreneur and developer, Isadore William Schlesinger, fell in love with the area and built the pristine hotel, first opening its doors on 29 August 1936.

Since South Africans did not have the privilege of television until 1976, dinner and a movie at Riviera on Vaal became the place to be, and to be seen. Tragically, in early 1975, devastating floods destroyed the area. Low-lying regions of Vereeniging were completely submerged in water, including most of the hotel grounds and the adjacent golf course. Miraculously, the hotel managed to survive this natural disaster.

Generations that enjoyed the Bee Gees, rolling into the 70s and 80s will speak fondly of memories made at Riviera on Vaal. The Riviera on Vaal is a place that offers locals and visitors a spectacular recreational resort right in the backyard of Gauteng. The current owners of the property are currently resorting her to her formal glory.

The beauty and splendour of the location and facilities are lasting virtues for this property. Riviera on Vaal Hotel & Country Club is a hidden treasure offering a rich heritage, unparalleled views, tranquillity and indulgence to all who visit the Grand Dame of the Vaal. 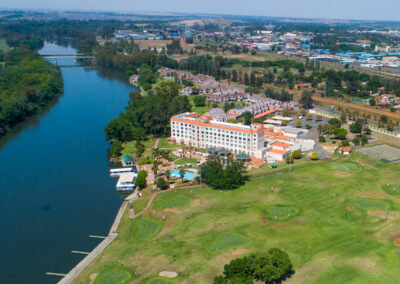 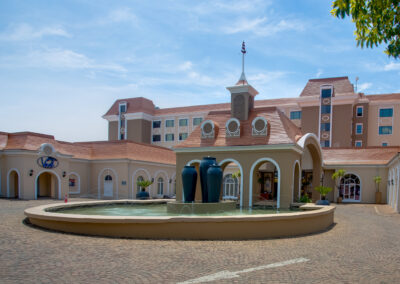 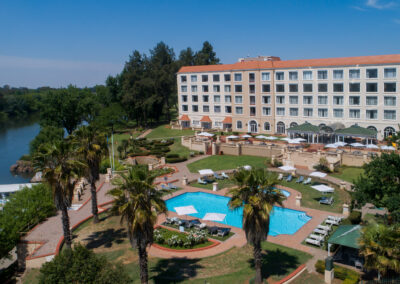 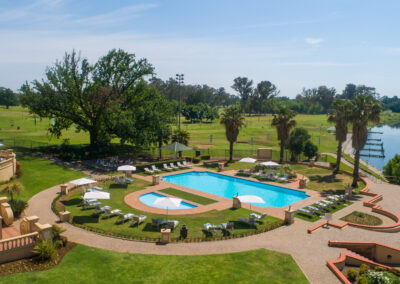 CLICK HERE TO VIEW AVAILABILITY AND TO BOOK ONLINE